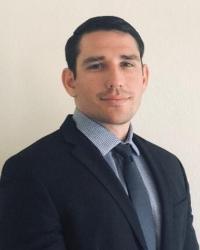 When I started law school, I had absolutely no experience in law. I was a medic in the military and a political science in undergrad – neither accomplished any of the goals I listed above. When I heard about externships, I had a meeting with the externship office who were the most helpful and phenomenal staff, and they gave me the information I needed to apply.

I had the pleasure of externing with the U.S. Department of Veteran Affairs in the Summer of 2020. During that time, I worked underneath a team of employment lawyers who appear in front of the National Labor Relations Board as well as the Equal Employment Opportunity Commission. I attended their trainings, prepared memos for supervisors and employees, and drafted portions of briefs that were to go before the Board or Commission.

I also had the great pleasure of externing at the prosecutor’s office at the City of Bonney Lake in the Summer of 2021. As a Rule 9 attorney, I was given excellent instruction and experience in the court room dealing with defense attorneys, court staff, and most importantly, the Judges who ran the court room. I was also given tasks outside of the courtroom integral to the prosecutor’s office such as publishing bulletins for the police department, reviewing case materials for charging decisions, and filing and maintaining documents for ongoing cases.

After participating in these externships, I have learned what is expected of a government employment attorney, and I know how to be a prosecutor on a city attorney’s team. I have met and networked with dozens of attorneys, clerks, legal administrators, and a few judges - most of which are willing to be references for me in the future. I was contacted a year after externing with the VA for a job opportunity, and I plan on becoming employed at the City of Bonney Lake Prosecutor’s Office after graduation if the position opens.

Lastly, I’ve saved money and have increased the amount of earnings because I have increased the amount of time that I can earn an income as an attorney by graduating early. The biggest reason my colleagues did not extern was because they would rather be paid for the work in cash than to have to pay for the credits. But this is the wrong way to look at it – you need the credits to graduate, and as time goes on, tuition tends to increase. Taking more credits sooner means you pay a lower amount now rather than a higher amount later. In addition, if you take the extra credits over the summer by externing, you open the opportunity to graduate in 2.5 years as opposed to 3 years. This means you have half of a year more to work as an attorney.