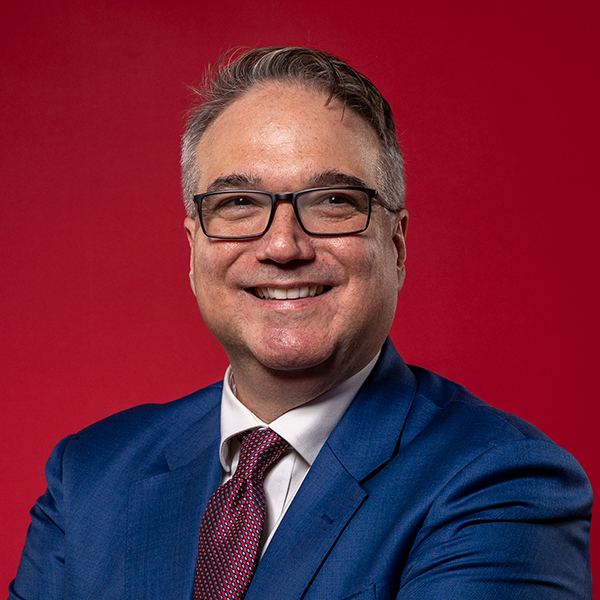 Dean and Professor of Law

Dean Varona has served as Dean and Professor of Law of Seattle University School of Law since July 1, 2022. He was Dean and M. Minnette Massey Chair in Law at the University of Miami School of Law from August 2019 through June 2021. He led the Miami Law community in recruiting the strongest entering classes in at least 30 years and achieving the best student selectivity rate in Miami Law history, elevating the law school's national profile and reputation ratings - including a new Top 25 rank for Clinical Education and Top 30 rank for International Law (among increased ranks for 9 specialty areas), and greatly improving resources and focus towards bar success, resulting in a 10% summer bar exam pass rate increase. Dean Varona created a new Intellectual Life Program to incentivize and showcase the achievements of Miami Law faculty and attract top scholars and opinion leaders to the law school. He recruited and retained top nationally prominent faculty and senior staff colleagues, and arranged the conferral of three endowed chairs/professorships.

Dean Varona led a successful fundraising effort yielding millions of dollars of new commitments, and steered Miami Law through the first 17 months of the COVID pandemic, navigating the emergency migration to online learning and work, and attending to the emergent needs of law school community members - including special fundraising and services to address the needs of financially insecure students.

Before becoming Dean at Miami Law, Dean Varona was Vice Dean, Associate Dean for Faculty and Academic Affairs, and Professor of Law at American University Washington College of Law (AUWCL). Before his 14 years at AUWCL, Dean Varona was an associate professor at Pace University School of Law in New York and adjunct professor at Georgetown University Law Center. He has taught courses in Contracts, Administrative and Public Law, Media Law, Sexuality and Gender Law, Intellectual Property, and Criminal Law.

Dean Varona has written extensively in the areas of media and sexuality law, and has published solo and co-authored pieces with notable law reviews/journals, including those associated with American, Columbia, Georgetown, Harvard, Seattle, and Stanford Universities, NYU, the College of William & Mary, and the Universities of Michigan and Minnesota. He is a co-author of the second, third, and fourth editions of the casebook Administrative Law: A Contemporary Approach, published by West, has served as a Huffington Post contributor, and has appeared in national and regional media outlets as a commentator.

In July 2022, Dean Varona was appointed by Washington's Chief Justice to serve as Co-Chair of the Washington Supreme Court's Bar Licensure Task Force. He is Chair of the Association of American Law Schools (AALS) Michael Olivas Outstanding Mentoring and Diversity Cultivation Award Selection Committee, a member of the AALS Membership Review Committee, and a former co-editor of the AALS Journal of Legal Education. He has served as a member of the Executive Board of the AALS Section on Teaching Methods and on the AALS Associate Deans Section's Planning and Nominations Committee. In addition, Dean Varona has served on the national board of directors for Stonewall National Museum and Archives (SNMA), for which he co-founded and for its first year co-chaired the SNMA National Advisory Council. He has served on the national boards of GLAAD, the Human Rights Campaign (HRC), and the Alliance for Justice, and has been a member of the District of Columbia Bar's Global Legal Practice Task Force.

Before entering full-time teaching, Dean Varona was General Counsel and Legal Director of the Human Rights Campaign, the nation's largest LGBTQ civil rights organization. In 2001-02, Dean Varona served as a Harvard Law School Wasserstein Public Interest Fellow. Earlier in his career, Dean Varona was an associate at Skadden Arps and Mintz Levin and an honors program enforcement attorney at the Federal Communications Commission.

A celebrated scholar and teacher, Dean Varona shared the 2018 Egon Guttman Casebook Award, an AUWCL Faculty Scholarship Award that "recognizes outstanding scholarship in the form of casebooks and treatises," with Professors Andrew Popper and Mark Niles. He won the 2014 American University Faculty Award for Outstanding Teaching in a Full-Time Tenure-line Appointment and in 2011 shared an AUWCL Teaching Award for Innovation in Pedagogy. In 2007-2008, Dean Varona was named AUWCL Teacher of the Year. And in 2009, he was presented with the Hugh A. Johnson, Jr., Memorial Award by the Hispanic Bar Association of the District of Columbia, an honor recognizing "unwavering commitment and achievement [in] public service and dedication to the principles of equality, cultural respect, and social justice."

Lawyers of Color Magazine named Dean Varona to its 2020 Power List, and in 2014 the magazine named him to its “50 Under 50 List.” In 2018-2019 Dean Varona chaired the Host/Planning Committee for the Fourth National People of Color Legal Scholarship Conference, thought to be the largest gathering of legal scholars of color in history. He delivered the Jerome McCristal Culp, Jr., Memorial Lecture at the 2021 LatCrit Scholarship Conference.