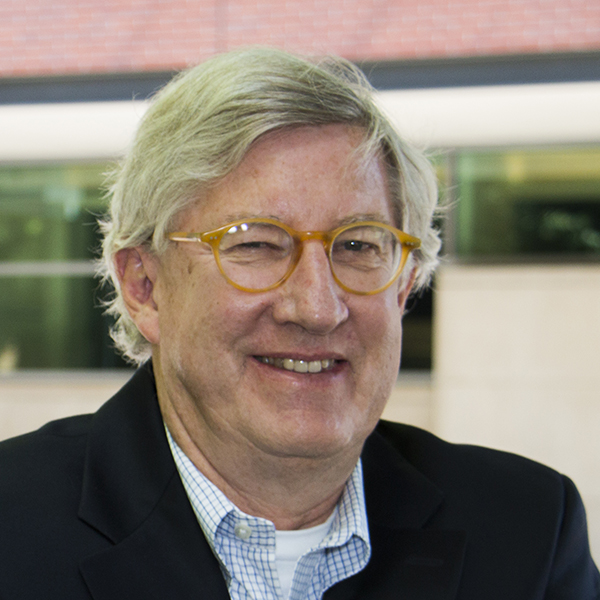 From 1981-1984, he co-directed a regional writing project funded by the National Endowment for the Humanities. As an outgrowth of that project, he co-founded the Legal Writing Institute in 1985 and chaired its board of directors for many years. He also served as founding editor-in-chief of the journal Legal Writing in the 1990's.

He has served on panels and presented papers at numerous academic conferences and written numerous articles on legal writing. Most recently, his scholarship has focused on three areas: narrative theory and legal persuasion; discoursal identities in legal writing; and the discipline of legal writing. He has also mentored the scholarly writing of others through his work with the Writer's Workshop, sponsored by the Legal Writing Institute, for which he was a mentor and facilitator from 2007-2018.

In 2009, he was presented with the Mary S. Lawrence Award, a national recognition of his contributions to legal writing scholarship. In 2012, he was a Visiting Scholar at the University of Denver Sturm College of Law.

He has also consulted with other law schools, in both the U.S. and Canada; consulted with private law firms, governmental agencies, and academic testing agencies; offered ongoing workshops for the corporate law departments of Microsoft and Amazon.com; given plain language expert testimony; served on government committees devoted to writing and law reform; and presented numerous CLE's for the Washington State Bar Association on legal writing, persuasive legal writing, legal drafting, storytelling in the law, and law and ethics.

A Handbook for Contemporary Rhetoric for the Writing Class (University of Puget Sound 1979).

Scholarship in Legal Writing, in The Politics of Legal Writing: Proceedings of a Conference for Legal Research and Writing Program Directors (1996).

Elements of Argument and Current Issues and Enduring Questions: Methods and Models of Argument from Plato to the Present, 8 J. Advanced Composition 189 (1988) (book reviews).

The Language of Inclusion: Writing at the Center, Washington Center News (1987).

Prelude: A Workshop for College Freshmen in Writing and Critical Thinking, Wash. English J. 22 (1986) (with Bauska, Neff, and Ostrom).