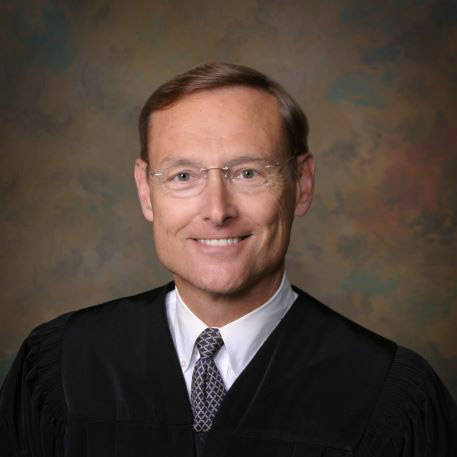 Jack F. Nevin is a Superior Court Judge in Tacoma Washington. Judge Nevin is retired from the U.S Army where he holds the rank of Brigadier General. In his last duty position, he served as Chief Judge (IMA) of the US Army Court of Criminal Appeals and Commander, US Army Reserve Legal Command (Provisional). His Army career has included duty in Asia, Europe, Central America, South America, Africa, and the Balkan Peninsula. In 2009 he was awarded the Army's Distinguished Service Medal.

A 1996 graduate of the Air War College and 1998 graduate of the Army War College, Judge Nevin currently serves on the board of advisors of the National Institute of Military Justice through which he provides guidance and assistance to both the legislative and executive branches of government on a host of military law issues. In this capacity, he also serves as a trial observer at the Office of Military Commissions, Military Tribunals in Guantanamo Bay, Cuba.

Judge Nevin has experience on several continents, working in civilian and military roles on issues related to post-conflict governance. Such activities have included serving as a civilian judge for the United Nations in Kosovo, judicial training in Bosnia-Herzegovina, and the former Soviet Union, and assisting the government of El Salvador in developing its first victim witness assistance program. He has lectured in Argentina on the development of public disclosure legislation and in several African nations on the successful prosecution of government corruption.

Judge Nevin has lectured throughout the United States on a host of subjects focusing primarily on trial practice and the rules of evidence. He serves as faculty for the National Institute of Trial Advocacy and the Washington State Judicial College. Judge Nevin has taught on the undergraduate and graduate level for approximately thirty years. Currently, he serves as an Adjunct Professor of Trial Advocacy, Advanced Evidence and Military Law at the Seattle University School of Law, Adjunct Professor Kessler Eidson Trial Advocacy Program at Emory University School of Law, Lecturer Humanitarian Law Catholic University of Lublin, Poland and instructor for the National Center for State Courts.

Judge Nevin holds a BA from Washington State University and an MBA\J.D. from Gonzaga University.