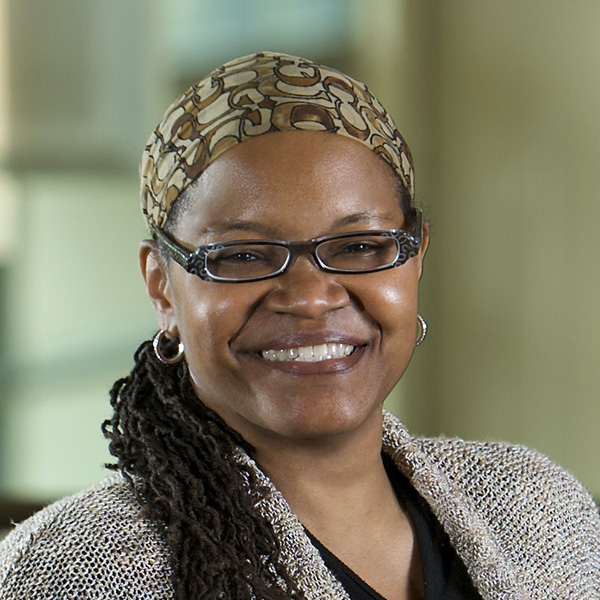 Vice President for Diversity and Inclusion and Associate Professor of Law

Natasha Martin teaches Employment Discrimination, Advanced Topics in Employment Discrimination, and Professional Responsibility. Professor Martin's interdisciplinary research focuses on employment discrimination law, organizational culture and behavior, and critical race theory. The main thrust of her academic work centers on contemporary workplace realities and the impact of discrimination law on the inclusion of women, people of color and other marginalized workers. A frequent presenter at national conferences, Professor Martin is dedicated to gender and racial equity, and broad notions of inclusivity more generally. Professor Martin was named to Lawyers of Color's 50 Under 50 List of minority law professors making an impact in legal education in the 2014 Law School Diversity Issue.

Appointed by President Sundborg in July 2016, Professor Martin is the inaugural Associate Vice President for Institutional Inclusion and Chief Diversity Officer. She served as Co-Chair of the university-wide Task Force on Diversity and Inclusive Excellence 2014-2016. Her leadership experience also includes three years of service as Associate Dean for Research and Faculty Development.

In addition to her teaching and scholarly engagement, Professor Martin is an active contributor in many professional settings. She has served as Chair and Executive Committee Member of the AALS Executive Committee on Employment Discrimination Law. She is a Research Fellow for the Fred T. Korematsu Center for Law and Equality, and was appointed twice to the Washington State Gender and Justice Commission. Professor Martin serves on the Advisory Board for the Lutie Lytle Black Female Law Professors Writing Workshop. In 2014, she was invited to join the American Bar Association Center for Professional Responsibility Publications Board.

Before joining the legal academy, Professor Martin spent several years as in-house employment legal counsel and in private law firm practice focusing on employment discrimination litigation. She also served as Federal Judicial Law Clerk in the United States District Court for the Northern District of Georgia. She is a proud graduate of Xavier University of Louisiana, the only historically Black, Catholic university in the nation and earned a law degree from the University of Notre Dame School of Law.