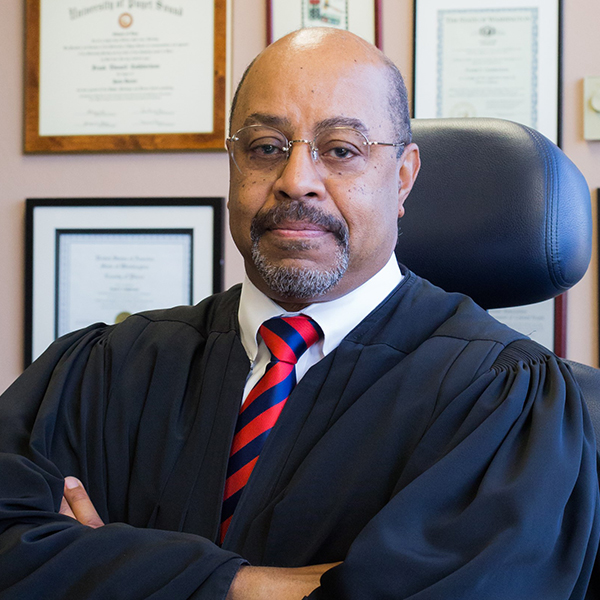 Prior to becoming a Superior Court judge, Frank practiced law with the firm Gordon Thomas Honeywell Malanca Peterson and Daheim. Frank also served as in-house legal counsel for Group Health Cooperative of Puget Sound. Prior to employment with Group Health Frank worked as an attorney with the Seattle firm Davis Wright Tremaine. Judge Cuthbertson was an adjunct professor of law at Seattle University from 1997-1999 where he taught courses in health law and law and medicine (bioethics).

Judge Cuthbertson is particularly proud of helping establish Pre-Trial Services, working with Judge Murphy, Council member Ladenburg and others to create Felony Mental Health Court, helping to reduce the incarceration of juveniles in Pierce County and helping lead the court through a major reorganization. He retired from the bench in March of 2020.