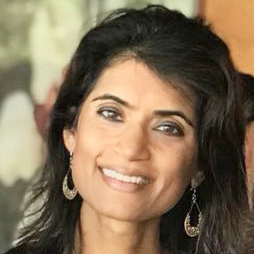 Before joining Seattle University School of Law, Professor Batra Kashyap was an immigration attorney at the law firm of Gibbs, Houston & Pauw in Seattle, where she represented detained and non-detained individuals in removal proceedings. She began her legal career as an Equal Justice Works Fellow in New York City, where she represented immigrant youth in foster care.

Professor Batra Kashyap has been a Visiting Clinician with the Ronald A. Peterson Law Clinic at Seattle University School of Law, where she teaches the Immigrant Justice Clinic.

Her scholarship is focused on the intersections between immigration law and Critical Race Theory. Her law review articles have been published in the California Law Review (online), Tulane Law Review, Fordham Urban Law Journal, NYU Review of Law & Social Change, and Michigan Journal of Race & the Law. And her article documenting her experiences community organizing in the South Asian domestic worker community in New York City was published in an immigrant labor studies textbook, The New Urban Immigrant Workforce: Innovative Models For Labor Organizing.

Professor Batra Kashyap has served on the Board of the Northwest Immigrant's Rights Project (NWIRP) for nearly a decade. She has also served on the boards of two organizations dedicated to ending violence in South Asian communities: Sakhi for South Asian Women in New York City, and API-Chaya in Washington State.

She received her J.D. from the University of California at Berkeley School of Law and her B.A. in Middle Eastern and South Asian Languages and Cultures from Columbia University.