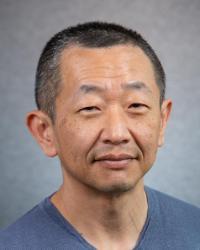 The Fred T. Korematsu Center for Law and Equality submitted an amicus brief in the Ninth Circuit case State of Washington v. Trump (Case No. 17-35105). On February 3, 2017, Judge James Robart ordered a nationwide stay of certain provisions of the Executive Order of January 27, 2017, entitled "Protecting the Nation from Foreign Terrorist Entry into the United States" (Executive Order), resulting in a suspension of the travel ban. (The brief is available Amicus Brief.)

Washington state, joined by Minnesota, alleges that the Executive Order violates the First and Fifth Amendments, the Immigration and Nationality Act, the United Nations Convention Against Torture, the Foreign Affairs Reform and Restructuring Act, the Religious Freedom Restoration Act, and the Administrative Procedure Act. The federal government argues that the court should not review the Executive Order because it concerns immigration, and courts have historically deferred to the executive branch on immigration issues.

In its amicus brief, the Korematsu Center asserts that courts actually can — and should — review executive branch action on immigration. In addition, the plenary power doctrine justifying deference to the executive branch is based on a string of overtly racist cases decided by the same court that upheld segregation in Plessy v. Ferguson.

During World War II, the federal government used arguments similar to those it has submitted in opposing Washington state's challenge. In accepting those arguments then, the Court acquiesced to the incarceration of Japanese Americans by Executive Order. Those arguments should have been rejected then; they should be rejected now.

Professor Robert S. Chang, executive director of the Korematsu Center, said, "In 1944, the state of Washington joined an amicus brief that supported the federal government in its prosecution of Fred Korematsu. It is ironic that in 2017, the Fred T. Korematsu Center is filing an amicus brief supporting the state of Washington in its case against the president's executive order. If, during World War II, the public and state officials had stood up to the military orders based on Executive Order 9066, then maybe the unnecessary incarceration of 110,000 Japanese Americans would not have occurred. I hope that more states, government officials, and the public join us in saying no to governmental decisions that attribute guilt, loyalty, and threat based on race, national origin, or religion."

"The outpouring of public interest in these cases, represented by amicus briefs such as the Korematsu Center's, speaks to the urgency of the legal questions at issue," Hsu said.