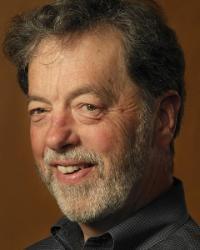 Antitrust scholar Professor John Kirkwood has been elected to The American Law Institute (ALI), the leading independent organization in the United States producing scholarly work to clarify, modernize, and otherwise improve the law.

Kirkwood is one of 58 new members the institute welcomed in July. They include prominent judges, lawyers, and law professors with a wide range of perspectives and areas of expertise.

"It's a great honor to be elected to The American Law Institute," Kirkwood said. "It plays a crucial role in the development of the law and its membership includes many of the finest legal professionals in the country."

Based in Philadelphia, the institute writes, discusses, revises, and publishes various reports - Restatements of the Law, Model Codes, and Principles of Law - that are enormously influential in the courts and legislatures, as well as in legal scholarship and education. ALI committees address uncertainty in the law through a restatement of basic legal subjects that tell judges and lawyers what the law was. Committees also examine legal areas thought to be in need of reform.

Kirkwood, who joined the Seattle U Law faculty in 2002 after serving as an adjunct professor, is a senior fellow of the American Antitrust Institute, an adviser to the Institute of Consumer Antitrust Studies, and sits on the executive committee of the Antitrust and Economic Regulation Section of the Association of American Law Schools. The Supreme Court has quoted him, he won the Jerry S. Cohen Award for the best antitrust scholarship of 2012, and he has been published over 40 times.

He speaks frequently at antitrust conferences and has been quoted extensively on antitrust issues in the media. He has testified before Congress and at the hearings on predatory pricing held by the Federal Trade Commission and the Justice Department.

After graduating from Yale in 1970 with a degree in economics, he received a master's degree in public policy and a law degree from Harvard, both with honors. He directed the planning office, the evaluation office, and the premerger notification program at the FTC's Bureau of Competition in Washington, D.C. and later managed cases and investigations at the Northwest Regional Office. At Seattle University, he has received the Outstanding Faculty Award and the Dean's Medal.

"I am very pleased to have these remarkable judges, practitioners, and academics join our engaged group of distinguished and thoughtful members," said ALI President David F. Levi. "I look forward to working with them as we continue The American Law Institute's important work on Restatements of the Law, Principles of Law, the Model Penal Code and the UCC."